Please turn your device in Portrait-Mode! 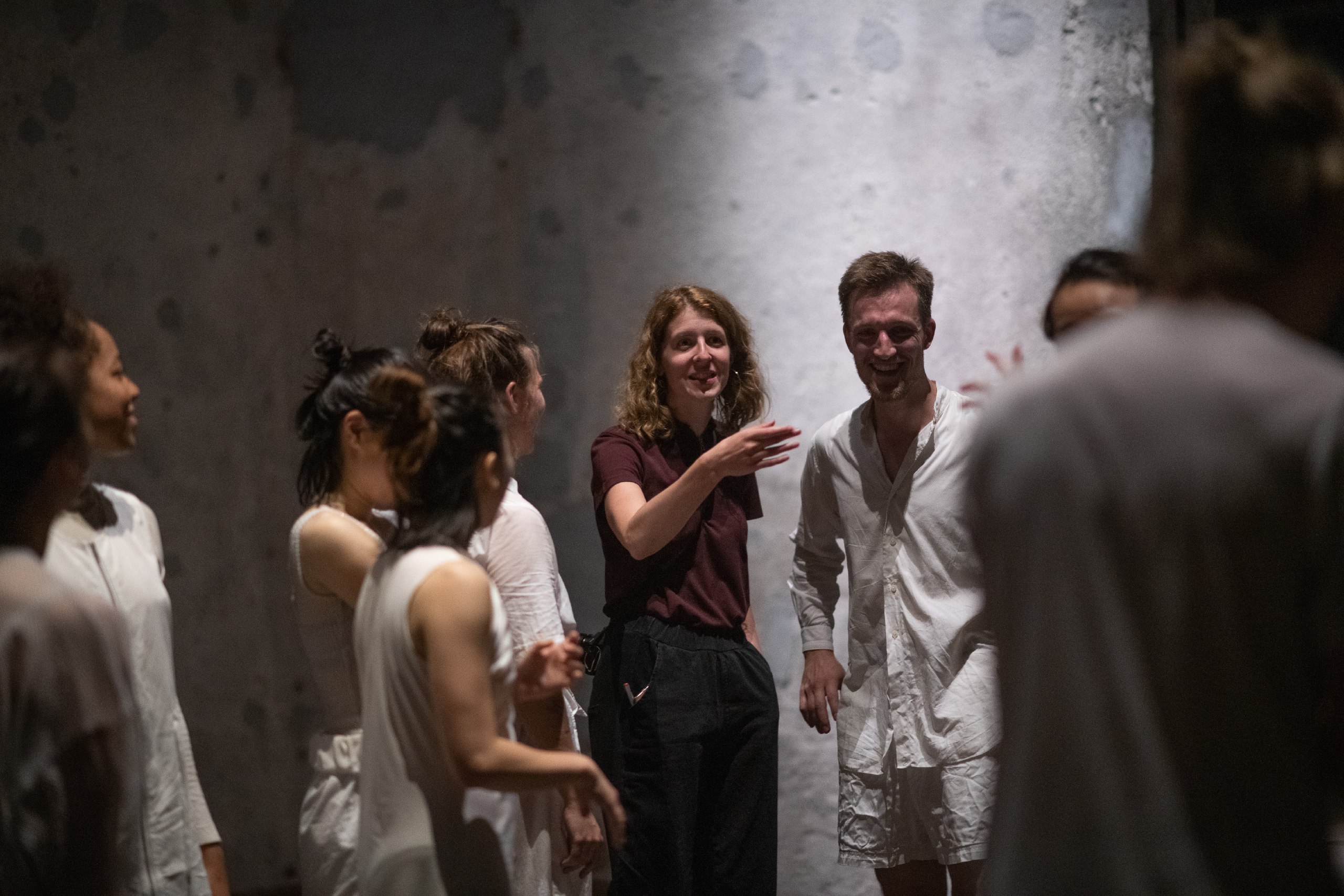 Marie- Lena Kaiser is a choreographer and dancer, based in Essen. She is a 2018 Fellow of the Pina Bausch Foundation.  She used the Fellowship to travel and follow the work of the mosambican dancer and choreographer Horácio Macuácua.

She currently finished her first full lenghts production  “Ariodante”, which was shown at Maschinenhaus Essen and was invited to the Tanzhaus nrw Düsseldorf. With ‘Ariodante’ she is the newcomer in the tanz nrw festival 2019.

Right now she works together as a choreographer with the Folkwang University of the arts in the context of the bauhaus festival ‘try again-fail again-fail better-impuls bauhaus’. For one year she will work and research with dancestudents and with folkwangtanzstudio (FTS dancecompany) on ideas of Bauhaus especially with the paintings of figures in architecture by Oskar Schlemmer. Inside her research she got invited by the Goetheinstitut Amman, Jordan to work with dancers from the region and to give a lecture about ‘Bauhausdance’.

Marie-Lena Kaiser is also in contact with other dance institutions in Essen outside of Folkwang. She recently got supported by the choreographic center pact zollverein in her current dance research with a residence schollarship. In addition she also participates in the symposium IMPACT under the direction of Meg Stuart. For the Gymnasium Essen-Werden she choreographed the final choreography this year.
In May 2019 her short piece ‘Mattentraining’ got awarded with the jury prize in the Explosive-Festival in Bremen. Kaiser’s work has already received several awards during her studys. In 2015, for example, her work Eva won the jury-and the audienceprice at the 638 Kilo Dance Festival.

Since june 2017 she is part of the Company Performing Group. Recently they peformed with their production ‘TRASHedy’ in Europe and Asia.

“In a first impression you can understand that Kaiser’s work is pushing it’s own boundaries of experience and intensity. She displays a bold and unusual choice, developing the selected idea in depth, in a refined mix of ludic and dramatic expressions, using minimalism as well as an explosive energy.” Aus dem Jury Statement des Pina Bausch Fellwoships 2017